A recent ruling by the South Carolina Supreme Court reversed and remanded the lower courts’ decisions to terminate spousal support based on the other spouse cohabitating with his girlfriend.

The ex-wife (McKinney) sought a modification of alimony based upon: 1) her ex-husband’s (Pedery) continuous cohabitation with his girlfriend; and 2) a substantial change of circumstances in which McKinney alleged her health was failing and she had incurred a decrease in income due to a downward change in her particular job market.

Because the lower courts did not apply the strict interpretation of the applicable statute, S.C. Code Ann. Section 20-3-130(B)(1) (Supp. 2012)—which provides that periodic alimony terminates upon the continued cohabitation of the supported spouse—the South Carolina Supreme Court reversed the lower courts’ decisions to terminate spousal support based on the continuous cohabitation issue and remanded the case for review on the substantial change of circumstances regarding McKinney’s failing health and decrease in income.

Section 20-3-130 defines “continued cohabitation” as occurring when the supported spouse resides with another person in a romantic relationship for a period of 90 or more consecutive days. In McKinney v. Pedery, the South Carolina Supreme Court found that continued cohabitation did not exist where testimony was presented that: 1) the girlfriend of the ex-husband (Pedery) spent the night with Pedery for four-to-five nights per week, but she lived with her son for at least two nights per week; 2) the girlfriend lived with her son during those two nights per week for the purposes of caring for her grandchildren, and she had been doing so prior to the commencement of Pedery and McKinney’s marital litigation; and 3) the girlfriend maintained enough items at her son’s house as to need only an overnight bag when traveling between the two residences. The South Carolina Supreme Court cited the girlfriend’s living arrangement with her son existing prior to McKinney and Peredy’s marital litigation in finding that the exception to Section 20-3-130(B) did not exist in this situation. 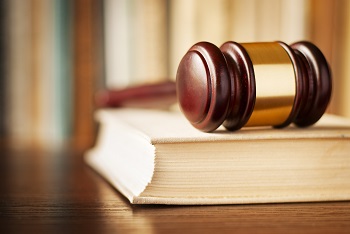 The exception to the 90-consecutive-days requirement exists when it is shown that the two individuals “periodically separate in order to circumvent the 90-day requirement” (S.C. Code Ann. Section 20-3-130(B) (Supp. 2012)). For example, if the ex-husband and girlfriend resided together and separated in an effort to avoid the 90-consecutive-day issue, the exception would apply and alimony would terminate. However, in Peredy’s situation, the South Carolina Supreme Court reasoned that, because the girlfriend was living with her son and caring for her grandchildren prior to McKinney and Peredy’s marital litigation, her travel to her son’s residence was “unrelated to the 90-day requirement of section 20-3-130(B).”

Although the South Carolina Supreme Court recognized Pedery and his girlfriend’s living situation to be a “permanent arrangement of a romantic nature,” the Court focused on the specific requirement under the plain language of section 20-3-130(B): 90 consecutive days.

Justice Hearn concurred, in a separate opinion, noting her disagreement with the majority’s conclusion that, “[i]f we were to uphold the court of appeals’ analysis, our decision would render section 20-3-130(B) a nullity.” She went on to express,

In my opinion, the family court and court of appeals’ interpretation attempts to reconcile the language of the statute with the realities of our mobile society. Few people live under the same roof for ninety consecutive days; indeed, I would venture to say that because of their work schedule, none of the members of this Court could be considered to have resided with his or her spouse for ninety consecutive days. While I cannot say that our construction is absurd so as to allow this Court to ignore the plain language [of the statute], I nevertheless recognize that the practical application of the statute distorts the intent of the General Assembly. As the statute is written, it is virtually impossible to terminate any award as a result of the continued cohabitation of the supported spouse. Therefore, although I concur with the majority’s analysis and ultimate conclusion, I disagree that the court of appeals’ common-sense application of the statute would render it a nullity.

If you did not know already, alimony modification is a hot topic in marital litigation and in South Carolina’s court system.

Contact the team at Hyde Law Firm, P.A. to discuss your alimony modification issue and set up an initial consultation.