Two parties have returned, yet again, before the South Carolina Court of Appeals regarding a hotly debated topic in many marital litigations: alimony.

During their marital litigation, the parties reached an agreement in which the husband (Steele) agreed to pay the wife (Roof) $300 per month in alimony and maintain health insurance on her through Steele’s employer at a cost of $87 per month (Roof was diagnosed with multiple sclerosis during their marriage). Following the approval of the parties’ agreement and issuance of the final divorce decree, Steele’s employer discontinued its policy of allowing continued health insurance coverage of ex-spouses. Citing the health insurance issue as a change of circumstances, along with other changes of an increase in Steele’s income, a decrease in Roof’s income, and the loss of $200 per month in child support, Roof sought a modification of spousal support by the family court.

The family court modified Roof’s alimony from $300 per month to $1547.50 per month, tying the award to the cost of Roof’s health insurance. Steele appealed this decision, and, upon hearing the matter, the South Carolina Court of Appeals reversed and remanded (i.e. they sent the case back to trial in a lower court), noting that the parties’ agreement did not mandate alimony be tied to the cost of health insurance. At the new trial, the family court modified the alimony award: they ordered Steele to pay $796.51 per month in alimony, required Roof to repay the overpayment of alimony received since the date of remand, and required Steele to pay $25,000.00 in Roof’s attorney’s fees.

And, yes, as you might have guessed, Roof appealed this decision, which leads us to the latest in the Roof v. Steele alimony modification battle. 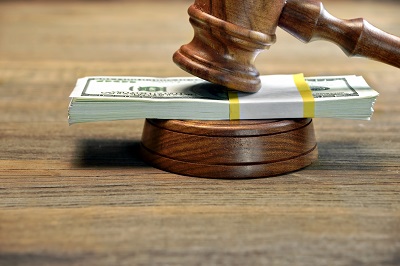 In its July 2015 opinion in Yancey Roof v. Kenneth A. Steele Appellate Case No. 2013-002326, the South Carolina Court of Appeals affirmed, as modified, the family court’s ruling by increasing the wife’s alimony award from $796.51 per month to $1550.00 per month, which discounted Roof’s requirement to repay the overpayment of alimony received since the date of initial remand, and affirmed the family court’s order requiring Steele to pay $25,000 in Roof’s attorney’s fees.

As is the nature of family law matters, the facts of each case often determine its fate. In Roof and Steele’s situation, the appellate court considered Roof’s diagnosis of MS, as well as her current job at a frame shop where she is able to set her own work pace and continue to work in some capacity with her medical condition. Although Roof indicated to the family court that her health is “OK,” she also listed specific health issues and concerns, a work history consisting of horse training, and her current employment with the frame shop, along with a high school diploma with no computer skills. Ultimately, the appellate court disagreed with the family court’s finding Roof capable of working a full-time job for another employer for forty (40) hours per week and, as a result, imputing minimum wage.

In its opinion, the appellate court listed the typical factors courts consider in determining alimony and addressed the relevant factors in Roof and Steele’s situation:

Is the Roof v. Steele battle over? Only time will tell.

Are you contemplating alimony modification?

South Carolina Code Section 20-3-170(A) (2014) allows parties to seek modification of support where “the circumstances of the parties or the financial ability of the spouse making the periodic payments shall have changed since the rendition of such judgment.”

Contact the team at Hyde Law Firm, P.A. to set up a free initial consultation regarding your South Carolina alimony matter.

What’s in the Best Interest of the Child?